The pay-per-click model is loved by advertisers, including me, because quite literally you only pay when someone clicks on your ad. No click, no cost.

Are you sitting there nodding your head? If you are you should feel ashamed of yourself, but also smug for identifying the loophole that’s about to burn holes in your competitors wallet.

But hold on, you can wipe that smug grin off your face. You don’t really think that Google wouldn’t have worked out the click loophole too? Well unfortunately, or fortunately for you depending on your viewpoint, Google do have filters in place to pick up on invalid clicks and nullify them before your account gets charged.

The Google Adwords traffic quality team helps protect advertisers against click fraud by isolating and filtering potentially invalid clicks before they even reach advertisers account reports. Although determining with 100% scientific accuracy whether a click is genuine or not is difficult, Google are able to identify a large proportion of suspicious clicks as well as exclude additional clicks which Google know will perform poorly for advertisers. This avoid advertisers getting charged for clicks that might be maliciously accrued by sinister competitors.

How do Google detect invalid clicks?

The systems and processes that Google use to detect and filter invalid clicks can be divided into three types:

Google utilise a proactive approach, detecting invalid clicks before advertisers contact them or accrue costs, and they use a reactive approach whereby they will respond to advertisers then investigate any suspected fraudulent activity. Fraudulent activity is common. From 5% to 15% of clicks are typically filtered proactively by Google before reaching your campaign report, all of which can be viewed inside your Adwords account. 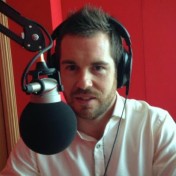